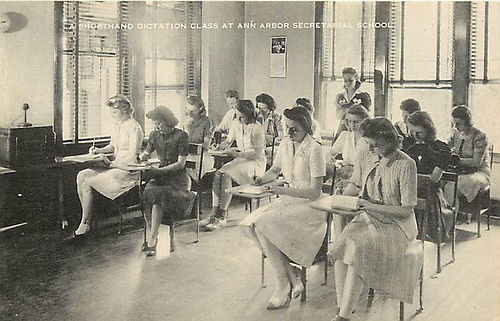 “Writing obscures language; it is not a guise for language but a disguise.”
– (Saussure, Course in General Linguistics)

In September, I started to experiment with voice recognition software. The results were interesting, humourous, and inaccurate. I wrote a post about it on the blog I set up for my graduate research. At the time, I was experimenting to see what it means to capture the analytics of performance (or here, speech) to be replicated later. This experiment resonated with some of the work I’ve done in the past couple years with accessibility, speech recognition and voice commands.

Apple’s new iPad (generation 3), has a Dictation option. The features page, suggests that:

Write an email. Send a text. Search the web. Or create a note. And do it all with only your voice. Instead of typing, tap the microphone icon on the keyboard. Then say what you want to say while your iPad listens. When you’re done, tap anywhere on the screen and, just like that, your spoken words become written words. Dictation also works with third-party apps, so you can do things like update your Facebook status or share a thought on your Twitter feed.

Interesting stuff. Now, before you jump on board, read this post and consider what information you might be sending and storing on Apple’s servers.

I’ve been experimenting with this dictation feature for the past couple weeks. On Monday, I lost a fight with the dandelions in my backyard. As a result, I’ve thrown my back out and I have difficulty sitting for an extended period of time. So, I’ve been using the dictation feature to answer emails, send out tweets, and I’m using it right now to compose this post. It seems to work pretty well.

I was showing it off to my kids this morning as replying to an email from a friend of mine. I asked my five years old son if he wanted to try it out. So, I suggested he say, “Looking forward to seeing you.” Somehow things got a bit garbled…and the result?

I’m not entirely sure what that means, but it resulted in me having to change my shirt when coffee came out my nose.

RT @kylemackie: I (admittedly) know precious little about toxicology, but maybe you could help me write a musical about it: http://bit.ly/dCxUjP #toxmusic

The results so far.
Join in! 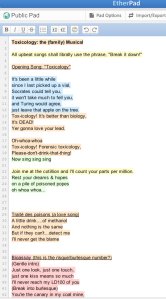 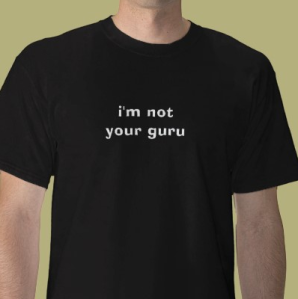 I’m always amazed when I meet a writer who can’t use a computer, or a lawyer who’s uncomfortable with LexisNexis, or an executive who needs a corporate IT person to help him navigate an e-mail system. If you’re a marketer unable to leverage your skills by using online tools, you’re merely linked to machines owned by the corporation. That’s power they don’t deserve.

The world just gave you control over the means of production. Not to master them is a sin.

I first encountered Hugh MacLeod (@gapingvoid) last summer when I was putting together the first (hopefully annual, in one way/shape/form) Desire2Learn unConference.

Hugh is a cartoonist, writer, and CEO of Stormhoek USA, which markets South African wine in the States. I like his comics quite alot, must pick up his book and a bottle of wine.